From “Truth in a Lie: Forty Years After the 18 ½ Minute Gap (Watergate) to “Why Does Donald Trump Keep Flirting With Disaster”, more than 40 of Jim Robenalt’s insightful and intelligent articles have been collected and are republished here in one volume. These articles are are a snapshot in time – but based on a rich historical record left to us through the blessing of the Nixon White House tapes. We know with some certainly what happened in the past – now we will see if these lessons apply to the present. Jim Robenalt is the author of three books and lectures nationally with John W. Dean on legal and ethics and Watergate.  He practices law in Cleveland, Ohio. 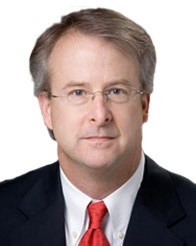 He is a recognized leader in judicial reform in Ohio. Jim teaches and instructs on the legal ethics and the representation of an organization under Model Rules 1.13 and 1.6. Using John Dean as fact witness and Watergate as a case study, Jim and Mr. Dean have developed a set of interactive, fast-paced programs that explore the duties of an attorney representing an organization when wrongdoing is uncovered. Rule 1.13 defines “organization” broadly, including corporations, partnerships, unions, governmental entities and the like.